Although our intention is habitat restoration, we inadvertently discovered rich history simply by starting to remove invasive plant species. 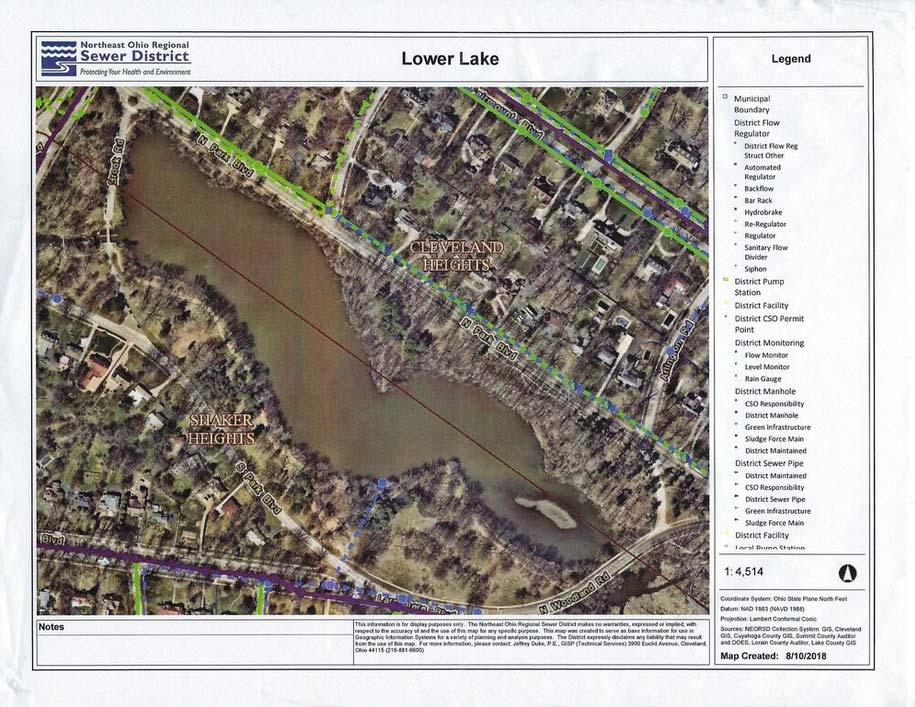 Lower Lake Park is within a 10-minute walk from 3 cities in Ohio: Cleveland, Cleveland Heights, and Shaker Heights. Today the park is much appreciated as a rare natural area imbedded in residential neighborhoods built primarily in the 1920s. 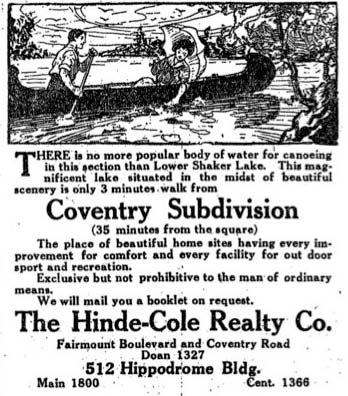 Pre-European settlement the site was heavily forested. Lower Lake and Horseshoe Lake upstream were formed when the Shakers dammed Doan Brook in the late 1830’s, deforested the land for farmland, and built lumber and flour mills.

Later when the cities were being developed, two additional lakes were created. The lakes and parklands were often marketed to potential homeowners as an asset, and still are.

Changing Ownership in the 1940’s

The Park lies within the historic Shaker Parklands that span the Doan Brook watershed in Cleveland, Ohio. The Shaker Parklands are listed on the National Register of Historic places. In 1940 they comprised 296 wooded acres, representing Cleveland’s largest passive recreation park. Still owned by the city of Cleveland, Lower Lake Park has been leased to Cleveland Heights and Shaker Heights since the late 1940’s. Lower Lake Park’s 44 public acres are immediately adjacent to 20 acres under the stewardship of the nonprofit Nature Center at Shaker Lakes.

The Parklands are designated an Audubon Important Bird Area, a stopover for migratory birds that is a global phenomenon and birding destination right here in our own backyard. Residents are there every day of the year to walk, run, bird, and botanize.

We first became actively involved with this park in our own neighborhood when we volunteered at Doan Brook Watershed Partnership’s 2017 National Public Lands Day to remove invasive plants at Lower Lake Park. After removing porcelain berry for several hours, and hitting a base of concrete (more about that later), we realized that our one-day effort was more symbolic than effective. The porcelain berry started growing back even as we drove away.

We, and others, offered to work on a regular basis to effect significant change in the habitat. The Partnership convened interested volunteers to create Friends of Lower Lake in May 2018 and we’ve been working most Sunday mornings ever since.  We’ve reintroduced over 50 species of native plants while working to reduce the population of over 25 invasive species.

The concrete that we hit ended up being the foundation of the Shaker Lakes Canoe Club (view photos of vintage Lower Lake postcards) that had been filling with soil and plants since it was torn down in 1976. Founded in 1907, the Canoe Club provided recreational activities for almost 70 years, including regattas watched by thousands of spectators lining the grassy banks of Lower Lake. 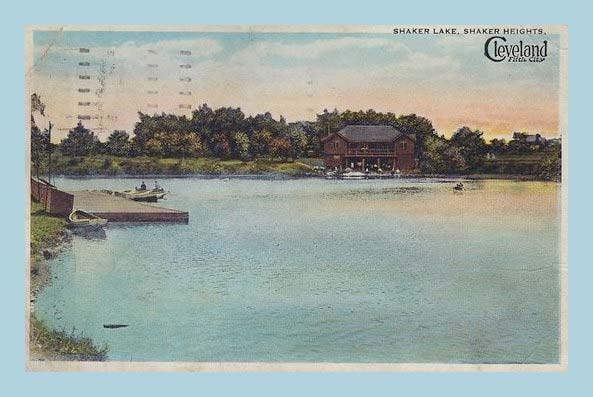