Area History of the Doan Brook

1799: Nathaniel and Sarah Doan and their six children settled beside the Doan Brook. This area became the ford on the main road between Buffalo and Cleveland; now it’s the intersection of Euclid Avenue and East 105th Street).

1811: Jacob Russell, a Revolutionary war veteran,  purchased 475 acres of land in the upper Doan Brook watershed. They return the following year to build a cabin, plant crops, and relocate their extended family of 20.  It is now the intersection of South Park Boulevard and Lee Road.

1822: The North Union Shaker Community was started by Ralph Russell, JacobRussell’s son, who had become a Shaker. The community, with as many as 300 members, originally occupied the area along Lee Rd. between Shaker Blvd. and South Park. The Shakers built the two Shaker Lakes, Lower Lake and Horseshoe Lake, on Doan Brook to power their sawmills, grist mills and woolen mill.

May 1896: In all, almost 44,000 people are reported to have walked or driven along the brook in Rockefeller Park, showing the popularity of the park in this age.

1930: Nearly the entire watershed in Shaker Heights, Cleveland Heights and Cleveland was developed.

1960: Citizens opposed and defeated the Clark and Lee Freeways extension plan. The freeway would have paved over Doan Brook and its parks from Lower Shaker Lake to Horseshoe Lake and beyond.

1970: Dike 14-dredge spoil disposal area at the mouth of Doan Brook began to be constructed by the Corps of Engineers.

1974: The cities of Cleveland Heights, Shaker Heights, and Cleveland with interested citizens form the Joint Committee on Doan Brook Watershed. 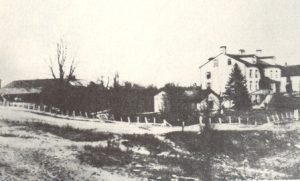 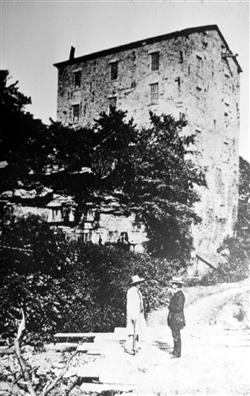 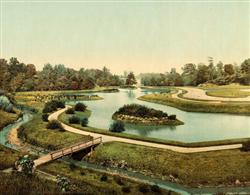 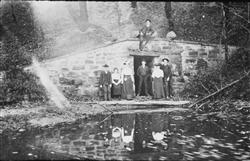