This project site is situated at the center of the Doan Brook’s 250 acres of riparian parklands. Known locally as the Gorge, this pristine section of parkland is comprised of steep terrain with mature hardwoods, understory species, and herbaceous vegetation typical of floodplains in Northeast Ohio.

In 1975, a concrete debris rack spanning the width of Doan Brook was installed across the main-stem. The rack was installed after several large floods inundated downstream neighborhoods with 3-11 feet of standing water. Engineers addressed the flooding in two ways. They removed approximately 5000 tons of trash and debris from Doan’s culvert under University Circle and they installed a large debris rack across the brook to prevent large trees and the occasional discarded couch from entering downstream infrastructure.

Fast forward forty years to this century, the debris rack had failed and become a source of impairment, not prevention. The Partnership, with match funding from NEORSD, won a grant from the Sustain Our Great Lakes Foundation for $180,000 to restore the site’s eroded stream banks and in-stream habitat after the failed rack had wreaked havoc. We also hired engineers from GPD Group to re-evaluate whether a rack was still needed to protect downstream infrastructure. Their modeling showed that a new rack would be necessary, so NEORSD provided additional match dollars to the project for a total of over $750,000. Enviroscience, a local consulting firm with an expertise in stream restoration, created new stream habitats, specifically riffle, runs, and pools. In addition, the eroded stream banks were fortified and invasive species were removed. The most important component of the new rack is its ability to facilitate fish passage and sediment transport. In short, fish and fine materials can move through the system, as intended, but all the large trees will be captured and removed by NEORSD. We are grateful to engineers from Cleveland, Cleveland Hts, Shaker Hts and NEORSD who served as the technical advisors who asked the right questions during the critical modeling stage. The Gorge would inarguably be even more stunning without a new debris rack, but the increasing frequency of large storms and MLK Boulevard immediately downstream necessitated a new rack with a habitat-friendly design. 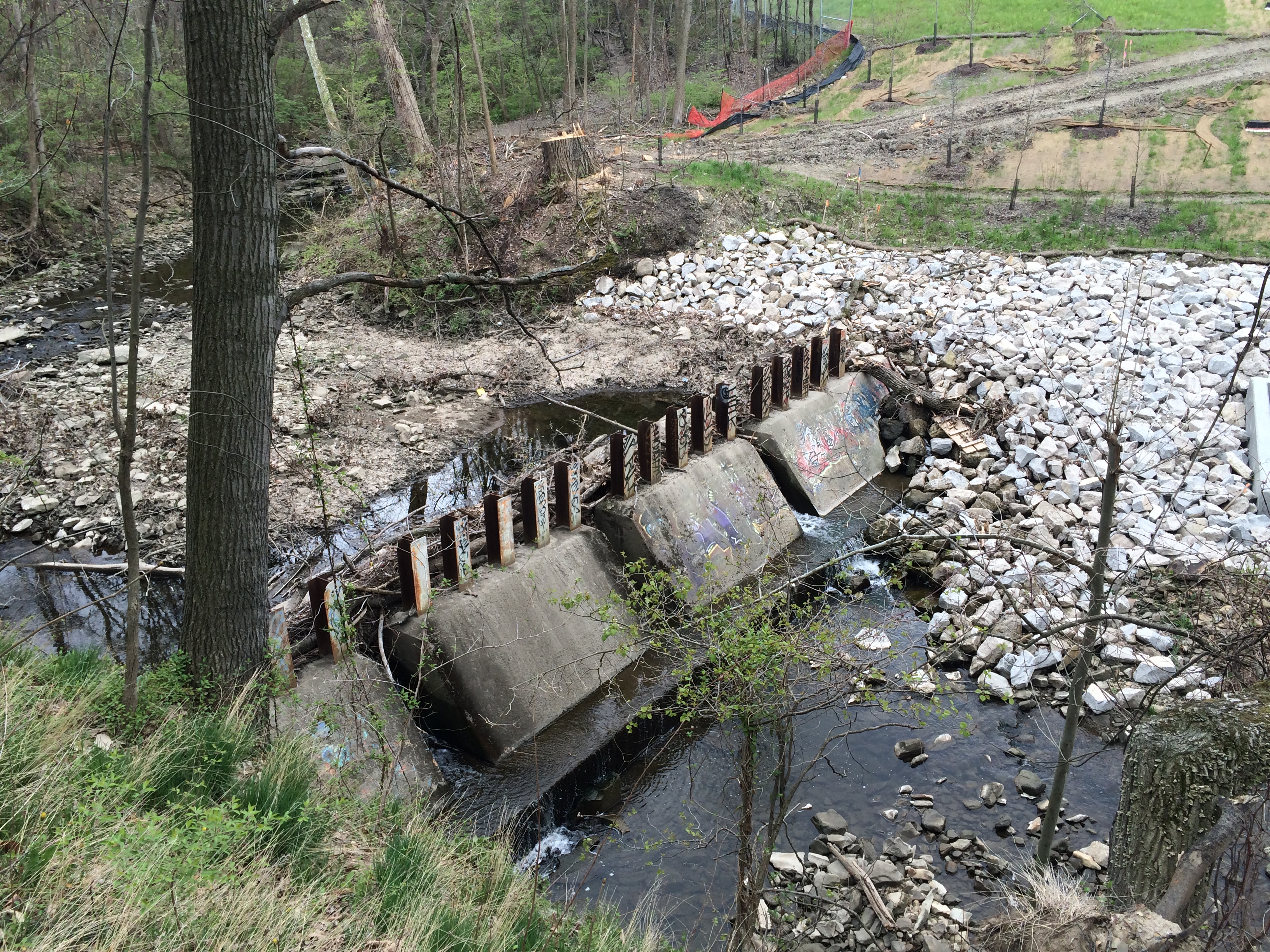